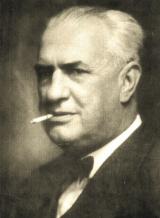 He was an exceptionally prosperous man (a noted Stock Exchange player and landowner in Breasta, Dolj County), and his frequent change in political allegiances was attributed by some of his contemporaries to his financial independence.

A Freemason, Argetoianu was first elected to the Senate in 1914 as a Conservative Party representative, where he oscillated between the dissident the mainstream Conservatives of Petre P. Carp and the dissident group around Take Ionescu (the latter was welcoming Romania's entry into World War I on the side of the Entente Powers, which Argetoianu also proposed).

Throughout 1918, during the final stages of the Romanian Campaign, Argetoianu was Justice Minister, sitting on the first Alexandru Averescu cabinet (at the time when authorities had retreated to Iasi, leaving the southern half of the country to be occupied by Imperial German, Austro-Hungarian and Bulgarian troops). He was also head of the Romanian delegation at the Peace preliminaries of Buftea, in 1918. The talks resulted in the Treaty of Bucharest of May, which consecrated Romania's defeat by the Central Powers. His actions at the time were later the subject of an epigram by Cincinat Pavelescu (Pavelescu expressed his belief that the treaty and Argetoianu's views on fiscal policies were to be the subject of scorn for future generations).

Argetoianu followed Averescu into opposition to the Ion I. C. Bratianu National Liberal Party (PNL) cabinet, and joined the People's Party (PP) created by the latter. He later documented the populist message of the movement, and left testimonies of Averescu's spontaneous adulation by the crowds of peasants.

Argetoianu was Finance Minister and later Interior Minister in the second Averescu government of 1920. In March 1921, it was uncovered that an associate of his named Aron Schuller had attempted to contract a 20 million lire loan with a bank in Italy, using as collateral Romanian war bonds that he had illegally obtained from the Finance Ministry reserve. Argetoianu, who was still in charge at the time, became the target of attacks from the opposition group formed by the Romanian National Party and the Peasants' Party, being pressed by Virgil Madgearu and Grigore Iunian to explain himself (Iunian proposed a motion of no confidence, but the PNL continued to show its support for the PP).

Clash with Communism and split with Averescu

Argetoianu soon became noted for his anti-communist stance: he carried out arrests of those Socialist Party members who, during their party's congress in May 1921, supported a maximalist platform and voted in favor of aligning their Socialist-Communist faction (future Communist Party of Romania) with the Comintern, citing the latter's condemnation of Greater Romania (all those arrested were prosecuted in the Dealul Spirii Trial). Argetoianu later stated that the arrest lacked legal grounds, and indicated that he purposely gave the Socialist Gheorghe Cristescu approval to hold the congress as a means to incriminate the faction. Faced with mixed reactions inside the cabinet (Averescu hesitated, while the Minister of Justice Grigore Trancu-Iasi refused to give him support), he ordered the move without his fellow ministers' prior knowledge, and thus faced them with a fait accompli.

The standoff between Averescu and the parliamentary opposition eventually witnessed a decisive incident: during a prolonged debate over Averescu's proposal to nationalize enterprises in Resita, Argetoianu addressed a mumbled insult to Madgearu; the PNL, seeing an opportunity for a return to power, expressed sympathy, and all opposition groups appealed to Ferdinand, asking for Averescu's recall (July 14, 1921).

Despite Averescu's eventual defeat in December 1921, Argetoianu was kept in office by the Take Ionescu and Bratianu cabinets. During the spring of 1922, he ordered the killing of several Communist activists who were held in prison custody, including Leonte Filipescu, staging their attempts to flee from under escort as a pretext. Nevertheless, pressures on the revolutionary grouping were relaxed in summer, when King Ferdinand I approved an amnesty and Argetoianu officially declared that "communism is over in Romania".

In 1923, after Bratianu again assumed power, he clashed with Averescu and proclaimed himself leader of the PP, being eventually expelled. Having joined Nicolae Iorga's Democratic Nationalist Party (PND), he soon vehemently protested against the latter's alliance with the Romanian National Party, and moved to the PNL.

Following the sudden death of Ion I. C. Bratianu in 1930, and choosing, in contrast to the policies of Dinu Bratianu, to support the new King Carol II, Argetoianu left the party and subsequently defined himself as an independent. In effect, he moved into the camp of politicians approving of an authoritarian regime around Carol. As the monarch's relations with the traditional political class were souring, Argetoianu allegedly engaged in a campaign to draw new allegiances from other environments, aiding to establish a Romanian camarilla - it was even reported that, using the official commitment to neutral technocracy as a means to appoint his choice of people to positions of influence, he had recruited his fellow Bucharest Jockey Club members. Among his most vocal supporters at the time was the far right philosopher Nae Ionescu.

He was again in charge of Internal Affairs and Finance from 1931 to 1932, during the Iorga government, when he took a harsh stance against the fascist Iron Guard, outlawing it and arresting some of its members (which led to a string of violent confrontations). Argetoianu was hotly contested as Finance Minister: faced with the widespread insolvency of small agricultural holdings in front of the Great Depression, he proposed a form of liquidation that was considered in breach of the 1923 Constitution. Various other issues forced Argetoianu to cease payments of salaries for civil servants at certain intervals, causing far-reaching problems.

The government was voted out of office in the elections of 1932, when Iorga was replaced by Alexandru Vaida-Voevod, a member of the National Peasants' Party (PNT) who was himself challenged with solving the agrarian issue; Argetoianu subsequently founded the minor Agrarian Party, which, after the National Liberals returned to power with Ion G. Duca, remained a close associate of the king in his competition with traditional forces; when Duca was assassinated by the Iron Guard in the final days of 1933, Argetoianu, together with the his former adversary, PNT dissident Grigore Iunian, and the National Agrarian Party's Octavian Goga, was probably one of the king's main options in his attempt to create an altogether new political establishment around the camarilla, relying on a compromise with Corneliu Zelea Codreanu (leader of the Iron Guard). Codreanu refused to accept negotiation, but Carol successfully approached the PNL's "young liberals" faction, which came to power with Gheorghe Tatarescu (January 1934).

The frequent target of attacks in the Iron Guard press, Argetoianu led his grouping until 1938, when, faced with the unstoppable rise of the Iron Guard, Carol banned all parties and established his National Renaissance Front (FRN).

His own short-lived FRN cabinet, established after that date, was, after Gheorghe Argesanu's the second in quick succession to the violent clash between the Guard and monarch (after the murder of Armand Calinescu by the former). The Argetoianu government was replaced by that of Tatarescu, who had to deal with the Soviet Union's occupation of Bessarabia and was in turn replaced with Ion Gigurtu. Argetoianu, who remained influential throughout the period, began calling for a rapprochement between Romania and the Soviets.

Carol's regime crumbled after the Second Vienna Award, when Romania had to cede Northern Transylvania to Hungary; it was replaced by the Iron Guard's National Legionary State, which, itself repressed during the previous years, began a campaign of retaliation - like Tatarescu and several others, Argetoianu was kidnapped on November 27, 1940 in the wake of the Jilava Massacre, and faced assassination until being rescued by the intervention of Romanian Army officials.

Retreating from public life during World War II and the Ion Antonescu dictatorship, Argetoianu left the country in the spring of 1944, settling in Switzerland. Romania's withdrawal from the Axis and the start of Soviet occupation caused him to return in November, seeing an opportunity in the apparent decrease in the appeal of traditional parties and expanding on his vision of Romanian-Soviet cooperation. He was the subject of derision in the National Peasants' Party press (Dreptatea wrote of him: "leading the intrigue in favor of a private property-based communism, a capitalist-based socialism, a mass-free democracy... The country is trustingly placing itself at your disposal. Here are your strings: pull them! Here are your back rooms: maneuver them! Here is your "people": take it away!").

Attempting in vain to mediate between the Communists and the PNT, Argetoianu was rejected by both sides, and, in January 1947, formed his own grouping - the National Union for Work and Reconstruction (Uniunea Nationala Munca si Refacere, UNMR) -, alongside Nicolae Ottescu, Nicolae D. Cornateanu, Zamfir Bratescu and others. It was kept under surveillance by the Communist-controlled Petru Groza government, and was infiltrated by the pro-Communist National-Agrarian Action (Actiunea National-Agrara, ANA). The UNMR disbanded over worries that Argetoianu was losing credibility with Soviet authorities-the group around Cornateanu joined Premier Groza's Ploughmen's Front, while others entered the Union of Patriots.

Argetoianu, who was ill at the time and had just undergone surgery on his prostate, withdrew from public life for a second time. Two years after a Communist regime was imposed on Romania, on the morning of May 6, 1950, he was arrested by the Securitate; while being taken away, he was heard saying: "Man, you sure are tough, you communists, if you are afraid of a farting old man such as myself". He died in the infamous Sighet prison two years later, never having been put on trial. 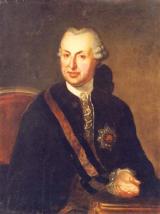 Freemasonry
Romanian Freemasonry
Freemasonry
About Freemasonry
Symbols of Freemasonry
Famous Masons
Famous Freemasons
Ion Heliade Radulescu
Samuel von Brukenthal
Alexandru Vaida-Voevod
Mihail Sadoveanu
C. A. Rosetti
F.A.Q.
Why does Freemasonry not admit women?
Why do you call it the VSL (Volume of the Sacred Law) and not the Bible?
Are meetings mandatory?
What are the secrets of Freemasonry?
What is Masonry?
Primary menu