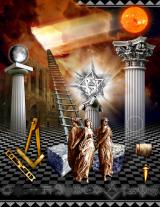 Freemasonry
Romanian Freemasonry
Freemasonry
About Freemasonry
Symbols of Freemasonry
Famous Masons
Famous Freemasons
Alexandru Paleologu
Duiliu Zamfirescu
Nicolae Titulescu
Ion C. Bratianu
Dimitrie C. Bratianu
F.A.Q.
How much does it cost to be a Freemason?
Isn't Freemasonry a religion or a rival to religion?
Are Freemasons expected to prefer fellow Masons at the expense of others?
What does "making good men better" mean?
Why are you a secret society?
Primary menu