Since Romanian Masonry has been suppressed in communist era, records of entire Grand Lodges have been destroyed. Because of this, masonic membership can sometimes be difficult to verify.

No secrets, find exactly what Freemasonry is!

The Library and Museum of Freemasonry

Freemasonry is one of the world's oldest secular fraternal societies, a society concerned with moral and spiritual values. Members are taught the rules of Freemasonry by a series of ritual dramas that follow ancient forms and use stonemasons' customs and tools symbolically.

The Library and Museum of Freemasonry houses one of the finest collections of Masonic material in the world. It is open to the public, Monday to Friday, free of charge.

The Charges of a Free-Mason

The Charges of a Free-Mason
(Anderson's Constitutions, 1723)

These will be the rules of ethical conduct of a Brother Mason ...

The Three Great Lights of Regular Freemasonry are the Volume of Sacred Law, the Square and the Compass. Taken together, they represent a symbol of Masonic life, because no regular Lodge can open the Craft without their presence.

The Volume of Sacred Law

The Volume of Sacred Law is a symbol of Tradition. 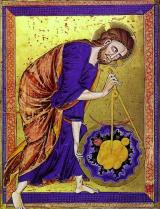 Freemasonry is a fraternal organization that arose from obscure origins in the late 16th to early 17th century. Freemasonry now exists in various forms all over the world, with a membership estimated at around six million, including approximately 150,000 in Scotland and Ireland, over a quarter of a million under the jurisdiction of the United Grand Lodge of England and just under two million in the United States.

The fraternity is administratively organized into independent Grand Lodges or sometimes Orients, each of which governs its own jurisdiction, which consists of subordinate (or constituent) Lodges. The various Grand Lodges recognize each other, or not, based upon adherence to landmarks (a Grand Lodge will usually deem other Grand Lodges who share common landmarks to be regular, and those that do not to be "irregular" or "clandestine").

There are also appendant bodies, which are organizations related to the main branch of Freemasonry, but with their own independent administration.

A Way of Life

There are now about 4 million Freemasons under more than 100 "regular" Grand Lodges world wide. Membership of the Craft is open to every respectable man who believes in his personal Supreme Being - usually known in Masonic terms as The Great Architect of The Universe, Grand Geometrician of the Universe or Most High. These descriptive names show the importance the Freemason places on his Supreme Being in the order of things in life. 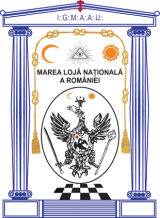 Freemasonry
Romanian Freemasonry
Freemasonry
About Freemasonry
Symbols of Freemasonry
Famous Masons
Famous Freemasons
Constantin Argetoianu
Gheorghe Asachi
Nicolae Titulescu
Dimitrie C. Bratianu
Nicolae Balcescu
F.A.Q.
What is the Church's position on Freemasonry?
Why do you call it the VSL (Volume of the Sacred Law) and not the Bible?
Can you leave the Masons once you become one?
Isn't ritual out of place in a modern society?
Are there not Masonic Groups who are involved in politics?
Primary menu