International Conference on the History of Freemasonry

The Regional Centre for Francmasonic Studies Paris - Bucharest, was invited at the International Conference on the History of Freemasonry, in Edinburgh, and was represented by its President, Mister Viorel Danacu, accompanied by Mister Daniel Roman and Mister Orbescu Ioan, they participated at debates about actual masonic themes, very important debates with planetary level.

Together with members of the local organizing committee, ex officio.
Conference promoted by Supersonic Events Ltd.

THE PURPOSE OF THE CONFERENCE 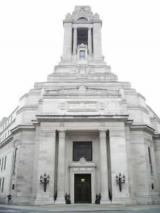 The creation of a standing International Conference on the History of Freemasonry (ICHF) is a landmark in the development of the study of Freemasonry as a field of academic research. In 1969 the distinguished Oxford historian the late John M. Roberts lamented the fact that Freemasonry had been neglected by academic researchers in Britain and implied that as a consequence the subject had been left to the mercies of antiquarians and the lunatic fringe. In recent years this situation has changed somewhat with valuable and important work being conducted and published. However, until now there has been no truly international academic forum for those involved in the study of the numerous facets of Freemasonry. This is what ICHF seeks to provide. Held biennially, the ICHF will enable scholars to present their work on an international stage. Moreover, and almost as importantly, those interested in, but perhaps not researching, the subject will be able to hear first hand the latest work on Freemasonry from all parts of the world.

The significance of the conference is attested to by the fact that in its first year it has attracted some of the most internationally renowned historians in the field. Plenary speakers at the conference will be Professor Margaret Jacob of the University of California at Los Angeles, Professor David Stevenson of St Andrews University, Professor James Steven Curl, Professor Jan Snoek of Heidelberg University and Professor Jose Ferrer Benimeli of Centro de Estudios Históricos de la Masonería Espan'ola, Universidad de Zaragoza. There will be over seventy papers presented in nearly thirty parallel sessions. The conference has also attracted the extremely valuable support of several academic institutions, including: 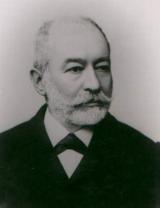 Freemasonry
Romanian Freemasonry
Freemasonry
About Freemasonry
Symbols of Freemasonry
Famous Masons
Famous Freemasons
Simion Barnutiu
Ion Heliade Radulescu
Ion C. Bratianu
Nicolae Balcescu
Vasile Alecsandri
F.A.Q.
What happens at a Lodge meeting?
Isn't it true that Freemasons only look after each other?
What is Masonry?
Are meetings mandatory?
What is the Church's position on Freemasonry?
Primary menu